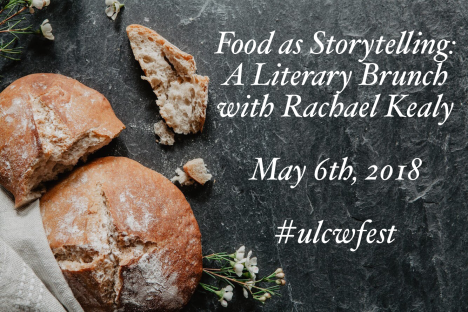 I’m thrilled to announce that I’ll be hosting a literary brunch as part of the UL/Frank McCourt Creative Writing Summer School University of Limerick (#ULCWFest). 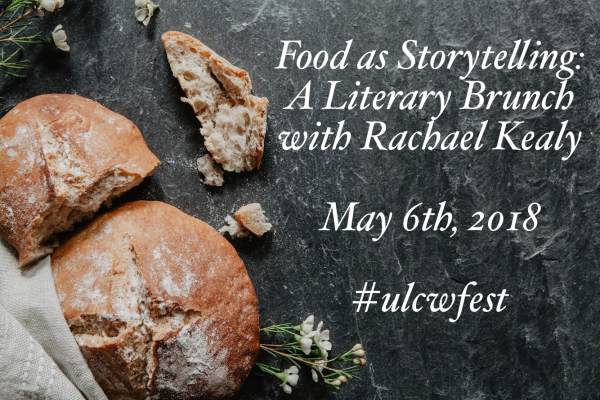 Previously held in New York City, this is the first year that the hugely popular summer school has located itself in the city of its fondly-remembered patron, Frank McCourt.

Tickets are extremely limited – only 60 places available – and selling fast, so if you’d like to come along, you can view the official programme or book here.

For a little more detail on the literary brunch itself, read on… 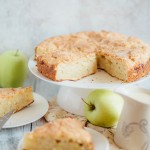 From Virgil’s salad to Proust’s madeleines, great writers have always used food to enrich their art. The acts of eating and drinking are innately human, and to write about this is to use a sort of shared shorthand, offering the reader a deeper, more instinctive understanding of the story.

In this session, we’ll look at the history of food in literature, in particular the Irish tradition, which developed parallel narratives of scarcity and abundance. Taking a number of international authors as examples, we’ll examine the ways in which writers have utilised food: to develop themes; to build characters; and to convey time, place and setting.

We’ll also review the symbiotic relationship between food and literature: food enhances a story, and a story enhances food.

We’ll then break for a light brunch, which will feature a range of dishes inspired by the works of Ireland’s most beloved authors. Sample George Bernard Shaw’s brown bread, along with the spiced beef of James Joyce’s Dublin or the carved ham of Kate O’Brien’s Limerick.

We’ll finish with a discussion of personal food stories over tea and Samuel Beckett’s ginger snap biscuits. If they wish, participants are asked to bring a short (50 – 100 words) sample of food writing for possible discussion if we have time: this could be a fond food memory, a brief extract from their own work, or a paragraph from a writer they admire.

Food as Storytelling: An Irish Literary Brunch will take place on Sunday, May 6th 2018, at 9:45am at The Pavilion, North Campus, University of Limerick 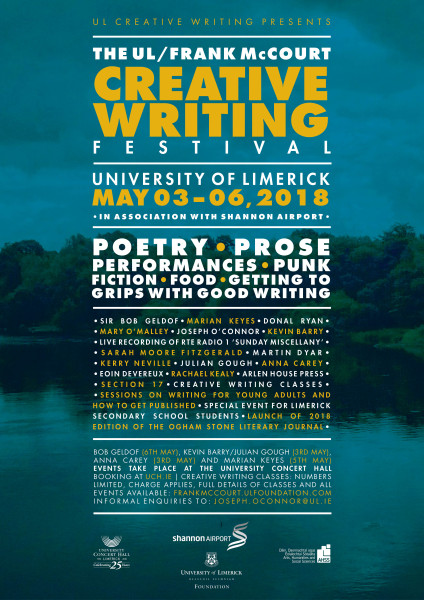