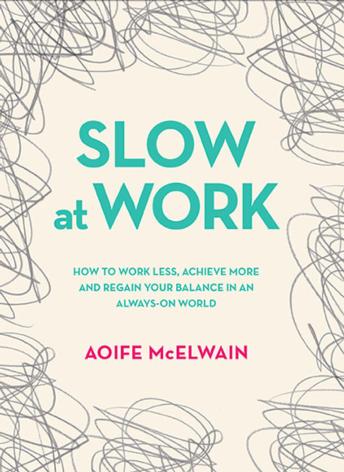 There are few tag-lines more attractive to me than this one: ‘How to work less, achieve more and regain your balance in an always-on world’.   With her book ‘Slow at Work’, Aoife McElwain is writing for our generation, the one with plates so full we’re in danger of bringing the whole Greek wedding down.

She titled her introduction ‘banana-level busyness’ which seems like an excellent description for the way many of us live our days.

And yet, she also points out that ‘research continues to indicate that we actually have more leisure time than ever.’

We can’t argue with the stats, but…really?!

The generation before us worked long and hard to make ends meet, but when they pulled their office doors closed at 5pm (yes, 5!) they usually – I’m generalising here, I know – didn’t have to deal with it again until the following morning.

These days, it’s not an exaggeration to say that many of us are working, whether it be physically or remotely, for 10-12 hours a day, six and sometimes seven days a week. We’re accessing and responding to work emails at 4am, from thousands of feet up in the air, or while battling serious personal challenges.  Sometimes it feels like there is no reprieve.

When we do allow ourselves (guilt-ridden) leisure time, we’re greeted with an avalanche of choice, all vying for space in our already-full minds. Netflix? Amazon Prime? Sky? Xbox? Kindle? Pinterest? Instagram? Twitter? Even a walk in the park isn’t complete without documenting it and then compulsively checking our phones for hours afterwards to see if everybody else liked our fancy shot of fallen leaves as much as we did.

Our parents’ relaxation choices included reading a made-from-actual-paper book, waiting an hour for dial-up to check if their monthly email had arrived, or choosing something to watch in the RTE Guide, which covered five whole television channels.

Aoife McElwain knows all this.  She’s a food writer and event planner extraordinaire whom I had the pleasure of meeting some years ago at a blogger event in Dublin.  She was, and is, incredibly talented, endearingly generous with herself and beyond cool (don’t believe me? She hosts this, among many other things). 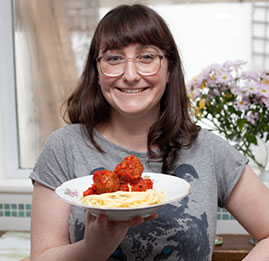 The first section of the book relates to the ‘inside’, including procrastination, imposter syndrome and the inner critic.  I don’t know a single creative who isn’t under constantly attack from at least one element of that unholy trinity.

Aoife’s take on imposter syndrome is interesting: she spoke to experts who say that it thrives in those with a fixed mindset, i.e., people who believe that they’re either born with gifts, talents or intelligence, or they’re not.  A person with a growth mindset knows that they can develop these skills and improve them throughout their life.

People with fixed mindsets tend to be perfectionists, especially about themselves, and will avoid challenges that may require effort, or the chance of failure.  They’re also often told as children that they’re special, or gifted.  That makes for a pretty harsh learning curve out in the real world, and allows imposter syndrome (“I’ve already realised I’m nothing special, how long before they do?”) to run riot.

She notes also that although the research has been mainly focused on women so far, there is evidence to show that men suffer a double-whammy in this regard: they can like a fraud at work, but also feel like they have to hide it too, to conform to ‘confident guy in a suit’ gender norms.

The next section deals with the outside, such as money, the environment and technology. The latter is a big one, with research showing that we now spend some four hours a day on our mobile phones.  It’s having a real problem on our work output too, affecting our ability to achieve ‘deep work’, i.e., completing cognitively demanding tasks without distraction, which is something that my colleague John McNamara wrote about recently.  I’ve covered this before too, most notably during a power-cut.

At the end of each chapter, she includes five handy take-aways (perfect for those of us with technology-induced diminished attention spans).  The technology chapter, for example, tells you to buy an alarm clock; create boundaries; take back control of your notifications; be mindful of chain-scrolling; be brave and leave your phone at home.

The latter tip might require Purple Heart levels of courage, but I do intend to get there.

So, in an effort to take that first step into a slower, calmer and more productive life, I’m going to post this, leave the laptop, iPad and phone downstairs, and take a bath. 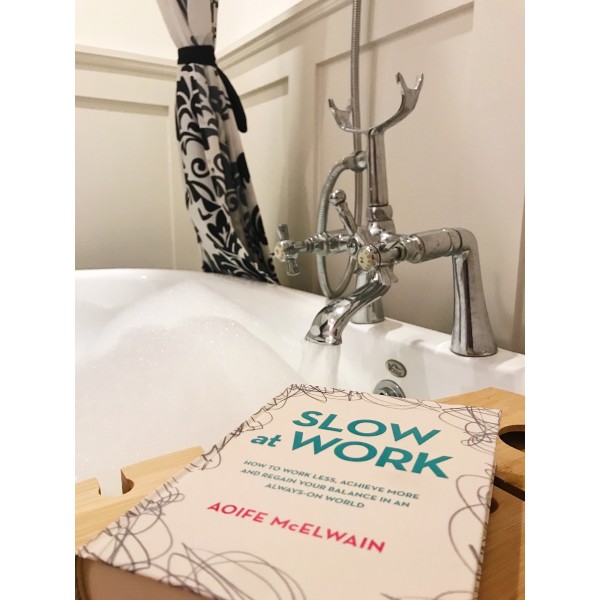