I’m slowly getting to grips with my slow cooker, if you’ll pardon the terrible pun.  I poo-pooed it at first, believing it would cook the bejaysus out of the food (and all the nutrients therein), but according to web experts, that’s not true.

Then I tried to leave it in while I was in work.  “So handy!” they said.  11 hours later, I came home to a puddle of brown mush.

But now, I think I might have it cracked.

Fish cooks super quickly, even in a slow cooker, and rich spices such as these really open up during the process.  This was a hit in our house, and might just have saved the slow cooker from a one-way trip to St. Vincent de Paul… 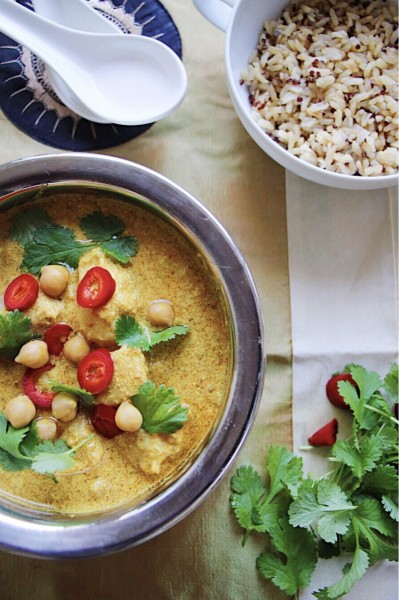 (For the curry paste)